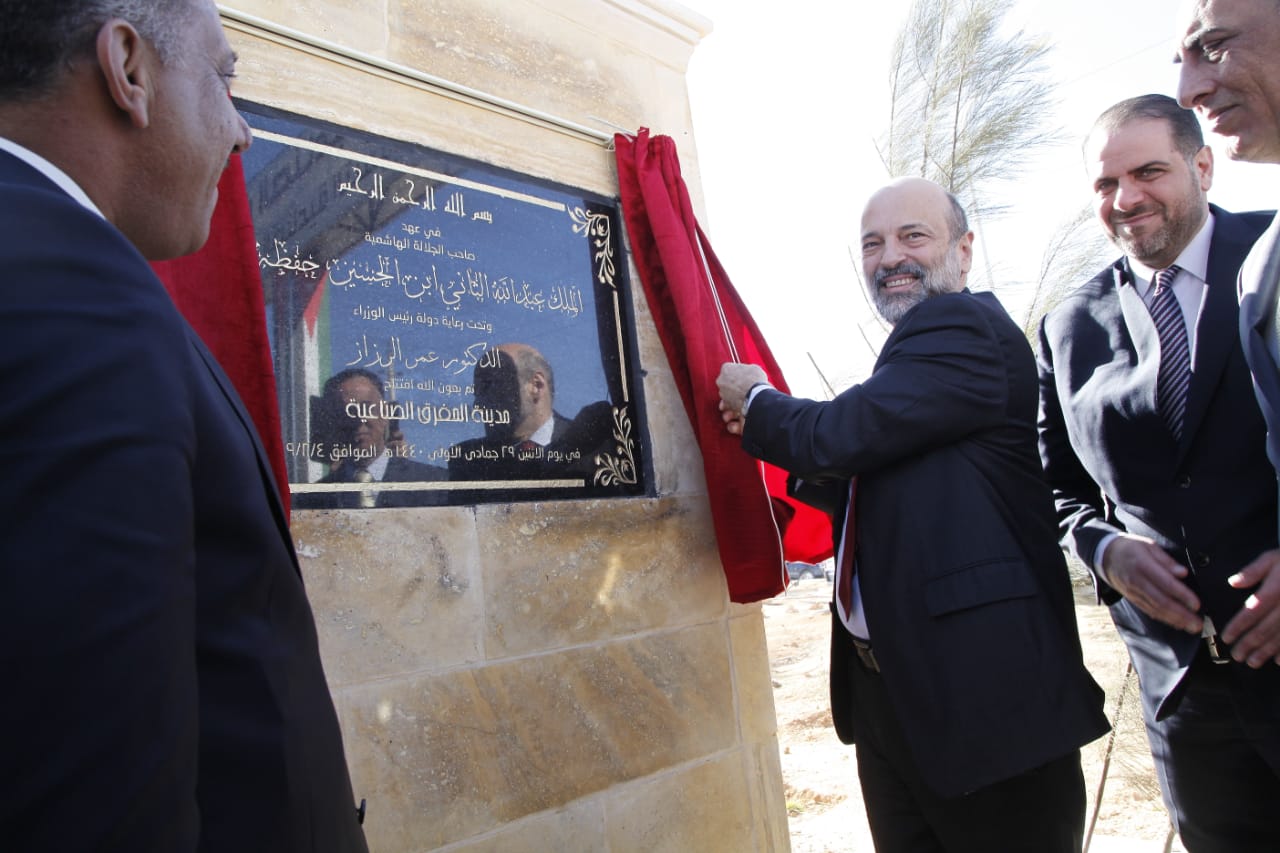 Al- Razzaz said , When the Mafraq Development Company was established in 2008, we knew that this district would be highly attractive to exporters to Iraq and Syria, but as a result of regional conditions and border closures, the desired objective was not realized at the time,”.

He stressed that the investments and industries that survived these circumstances are qualified to excel during the next phase, as the government seeks gain access to the Iraqi and Syrian markets.

Razzaz pointed out that his meetings with Iraqi officials and His Majesty King Abdullah’s historic visit affirmed the deep-rooted relationships between the two brotherly countries and the need for openness and cooperation.

He also pointed out that the agreements signed between Jordan and Iraq in the field of exports and energy will positively reflect on the region.

The prime minister said that Jordan has succeeded in establishing an investment base that can contribute to creating job opportunities and enhancing the region’s economic growth.

“We are counting on a state of production, which is the second pivot in the national renaissance project launched by King Abdullah,” he added.

“Our confidence in the industrial sector is what motivated us to talk about the state of production, with a focus on the employment of Jordanian youth,” he explained, adding that investors’ recommendation of Jordan in international forums has encouraged others to invest in the Kingdom.

He noted that the government recognizes the challenges facing many sectors, pointing out that the economic team, which meets every Saturday, listens to the reality of the economic and service sectors, and makes decisions to facilitate procedures for these sectors.