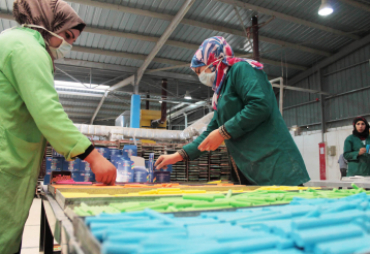 Almost 120 young man and woman from Karak governorate were able to realize their hopes of obtaining decent job opportunities through their work in the Jordanian chalk factory in the industrial estate of Karak (Al-Hussein Bin Abdullah II Industrial Estate). The factory, which began production in the Estate during the year 2012 and exports to more than 120 countries from around the world and managed itself in the list of global manufacturers of chalk material regarding to the quality of production and outstanding specifications. The factory, w. 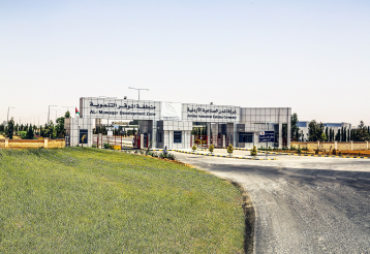 As Al-Mowaqar Industrial Estate considered as a real Jordanian success story from fields of building, managing and marketing the industrial estates which meet the international standards, managed to create a fertile investment environment for local, Arab and international investments. Today it has formed the actual location for many significant industrial companies which started the manufacturing activity up to exporting their products as a Jordanian product origin as a reflection of high measures and quality. .